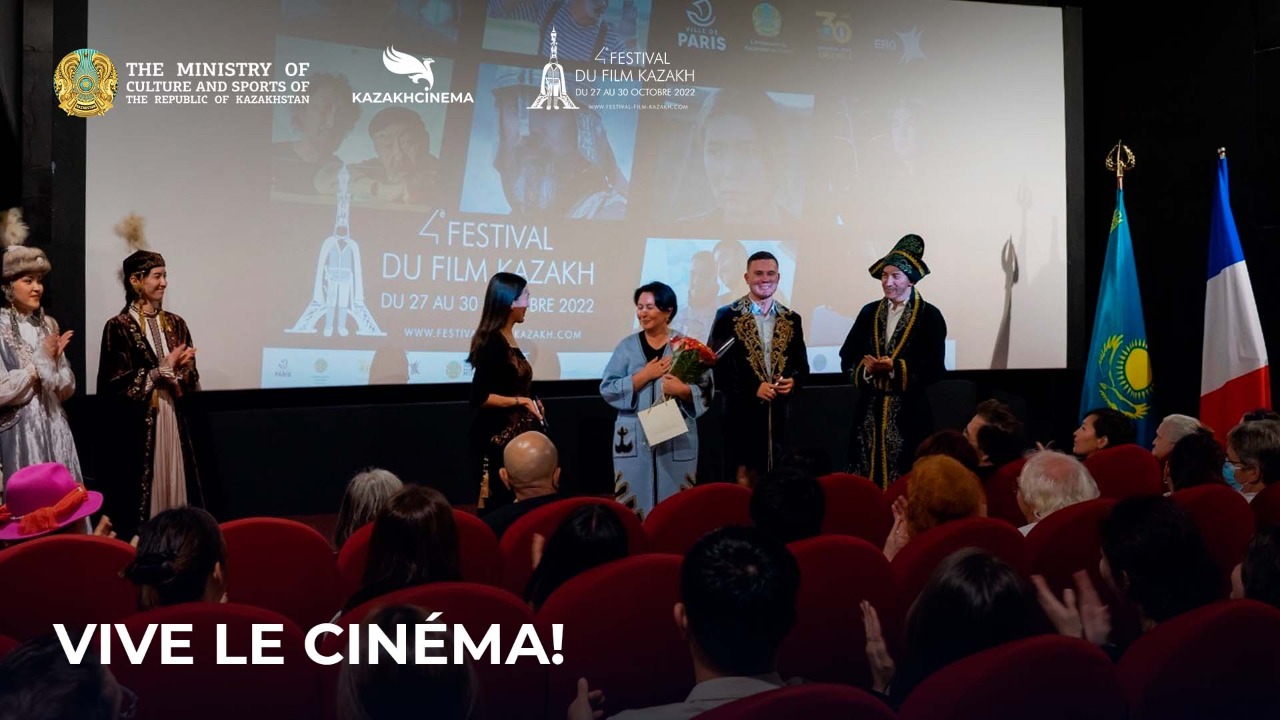 From 27 to 30th October, Parisian viewers were shown a number of Kazakhstani films, among them “Paralympian”, “Dawn of the Great Steppe”, “The Last Session”, “Fire”, “Zoya's Return”, “Tulip”, as well as co-production films “Tarlan” and “Infinity”. 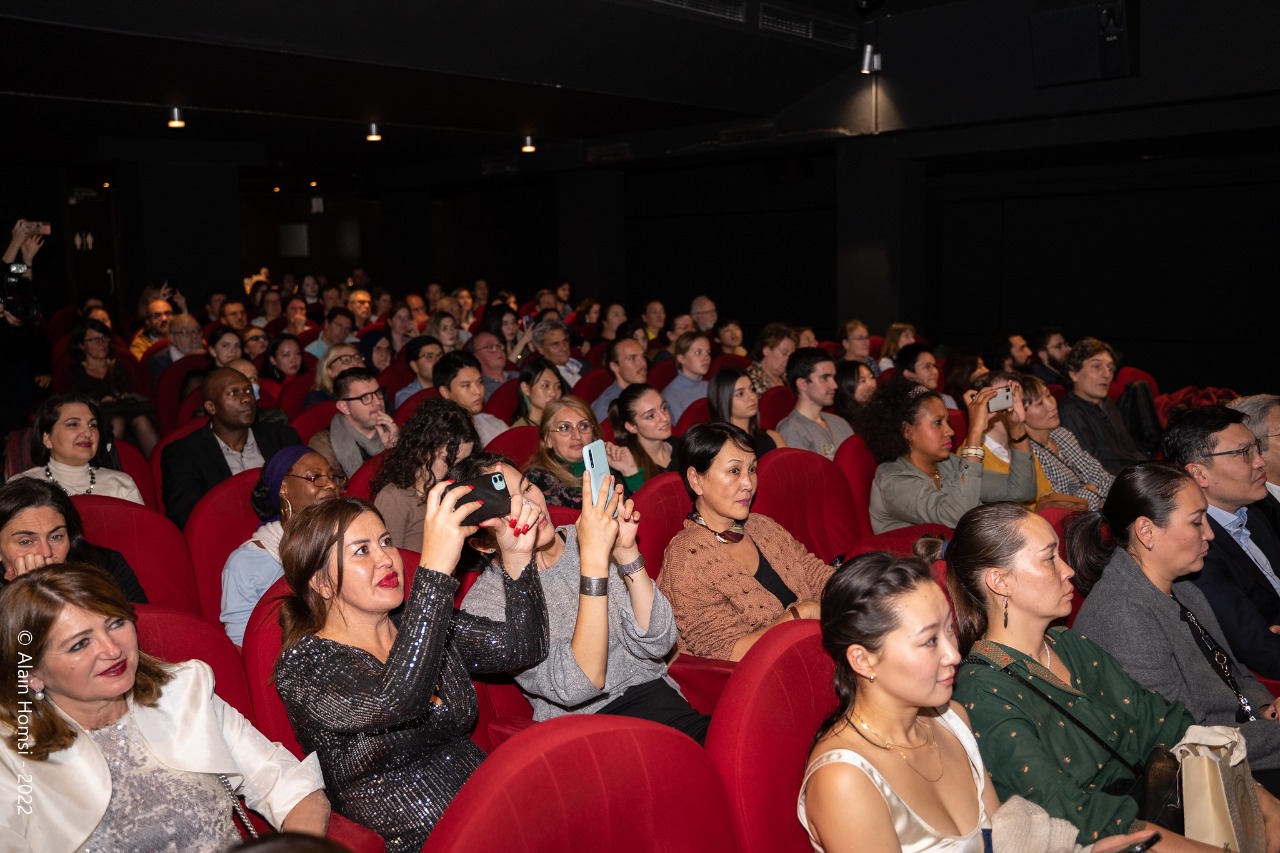 - This year, the Days of Kazakh Cinema are held in 15 countries. The Embassy of the Republic of Kazakhstan in France provided great assistance in holding the Kazakh Cinema Days. The event itself is organized by the State Center for Support of National Cinema with the assistance of the Ministry of Culture and Sports of the Republic of Kazakhstan, - said Baurzhan Shukenov, Deputy Chairman of the Management Board of SCSNC. – One of the goals of such events is to make our cinema shine not only at festivals, but also come to cinemas. It is important that the foreign audience shows interest in Kazakh cinema as a distribution film, which can be seen in the cinema. And this is already the export of products. And here we are talking not only about income, but more about ideology, about our way of life. Which, in turn, is probably the goal of any cinematography. And it is not surprising, therefore, that the business program of the Kazakhcinema delegation included a number of meetings, the most important of which was held at the office of the National Center for Cinematography and Animation of France (CNC). Our talks with Julien Ezanno, Adviser on international co-production, were devoted to the issues of co-production, promotion of films of the two countries, as well as the exchange of experience between experts of the SCSNC and the CNC. 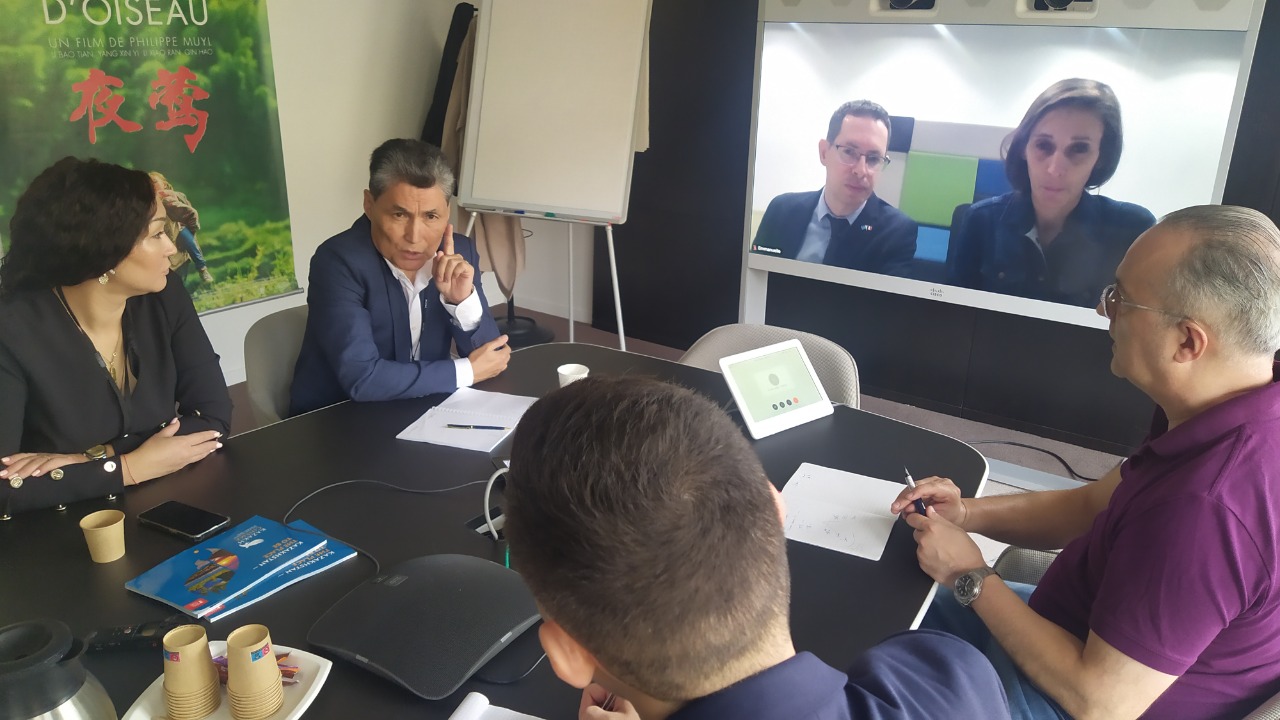 Another important event was the pitching of co-production projects of cinematographers of the two countries. The winners were selected by an international jury, which included well-known and titled directors Sergey Dvortsevoy, Nino Kirtadze, Darejan Omirbayev and Rakhmatu Keita, as well as the head of LOCO Films Laurent Danielou, member of FIPRESCI Barbara Lorey de Lacharriere, regional attache for audiovisual cooperation of the Embassy of France Emmanuel Fosillon, head of the rental company Pascal Ramonda and producer Guillaume de Seille. 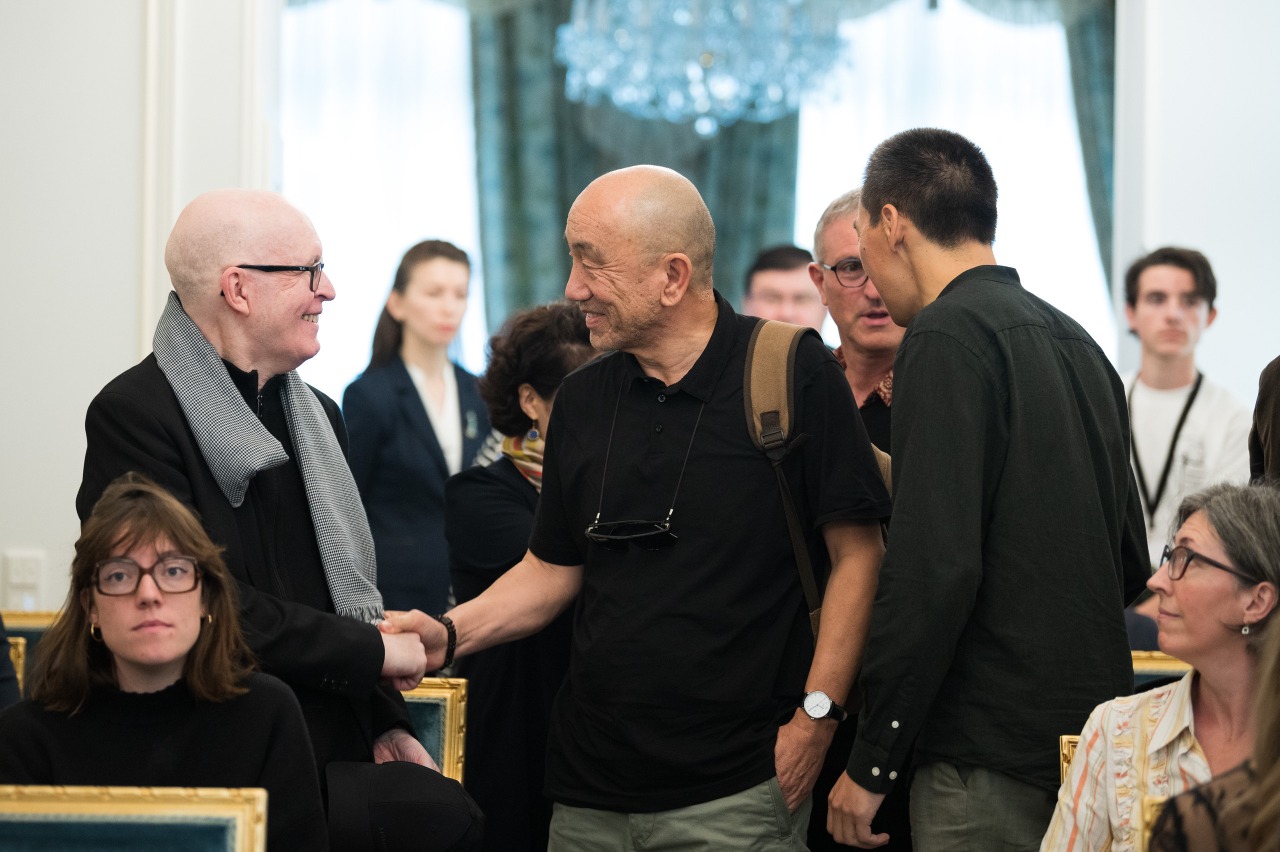 Seven feature films and two documentaries were presented to the experts. According to the decision of the authoritative jury, the picture of Askhat Kucincherekov « Bauyryna Salu » will receive assistance in completing post-production and promotion from the Association of Producers and the president of the Festival of Kazakh Cinema in France Andre Ivanov. The projects « Sara » by Darina Manapova and « Kyzbolsyn » by Katerina Suvorova were recommended by the jury for support at the pitchings of the Kazakhcinema and CNC. And director Alina Mustafina with her project In between received a ticket to Paris as a prize. 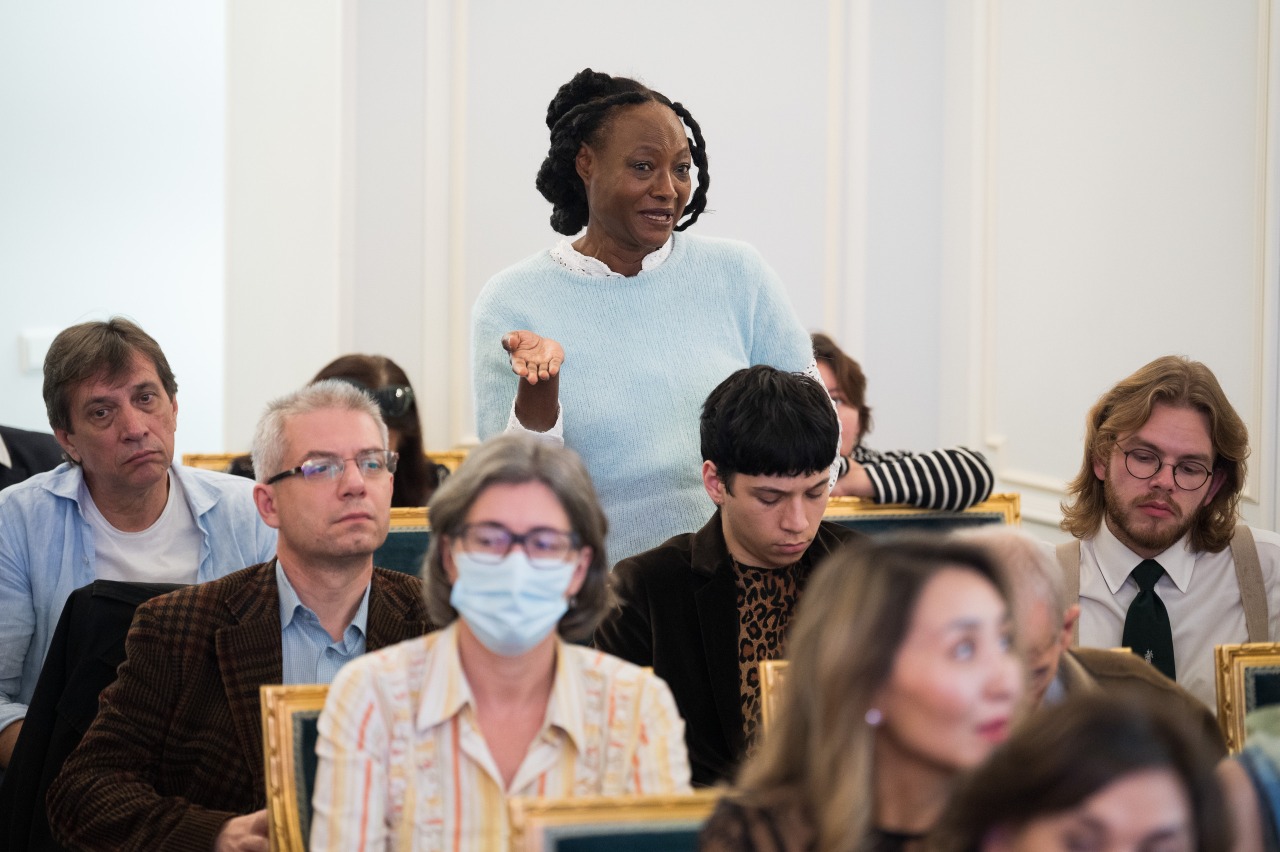 - It's great that this pitching was held for the first time, - Alina Mustafina shares her impressions. I really want the state and producers to support our Kazakh cinema, then we will have more good films. 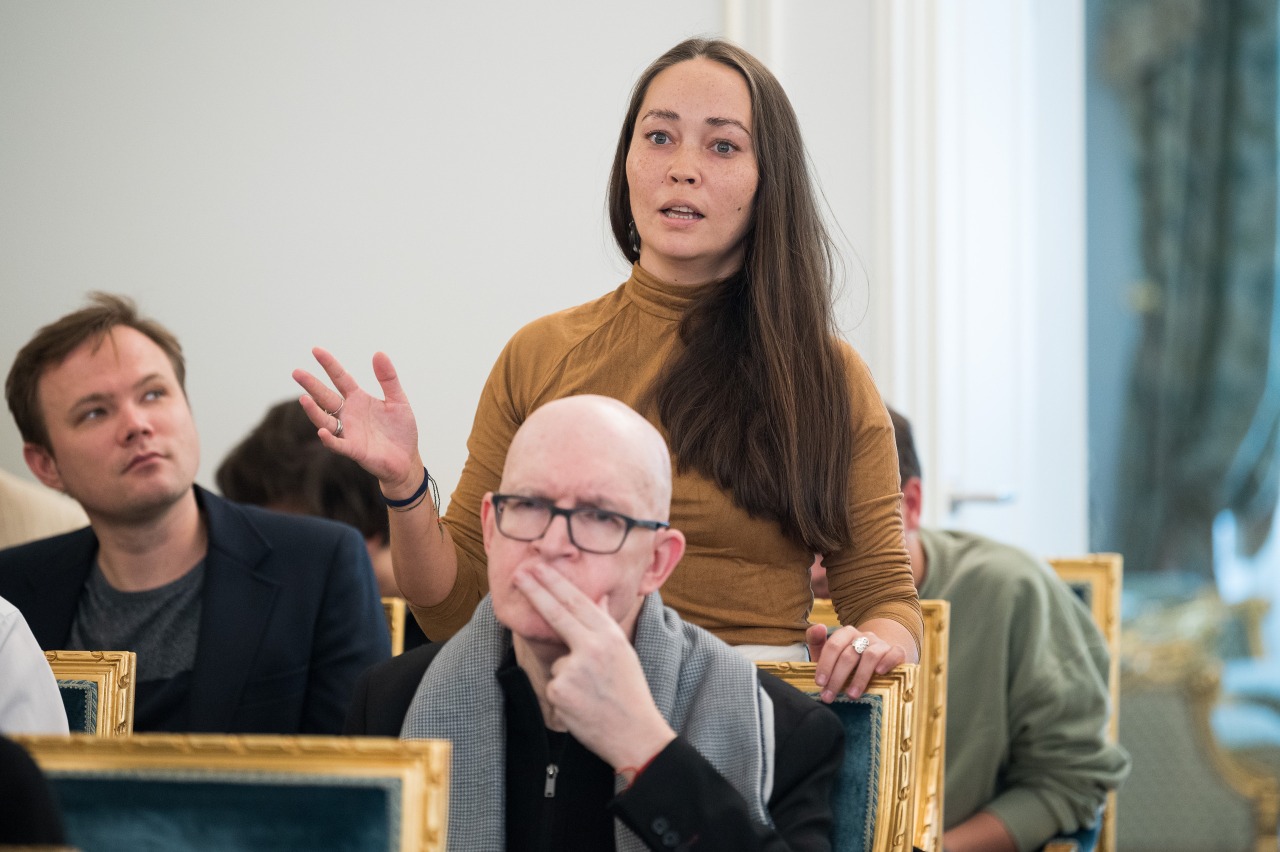 At the closing of the festival, held at the Lincoln Cinema in Paris, there was a full house. The head of the French Association of Kazakh Cinema, Mr. Andre Rafael Ivanov, and the Ambassador of the Republic of Kazakhstan to France, Ms. Gulsara Arystankulova, presented awards to the participants of the festival. 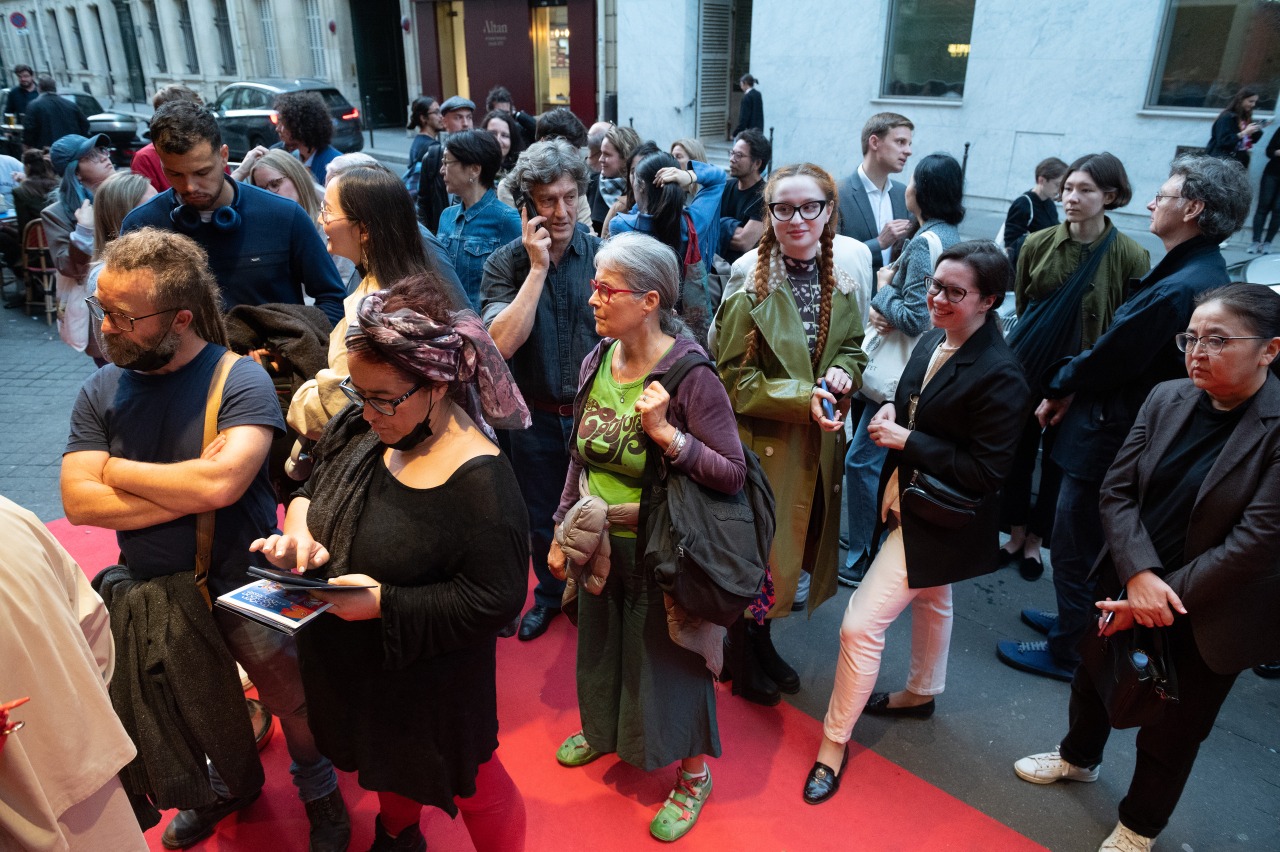 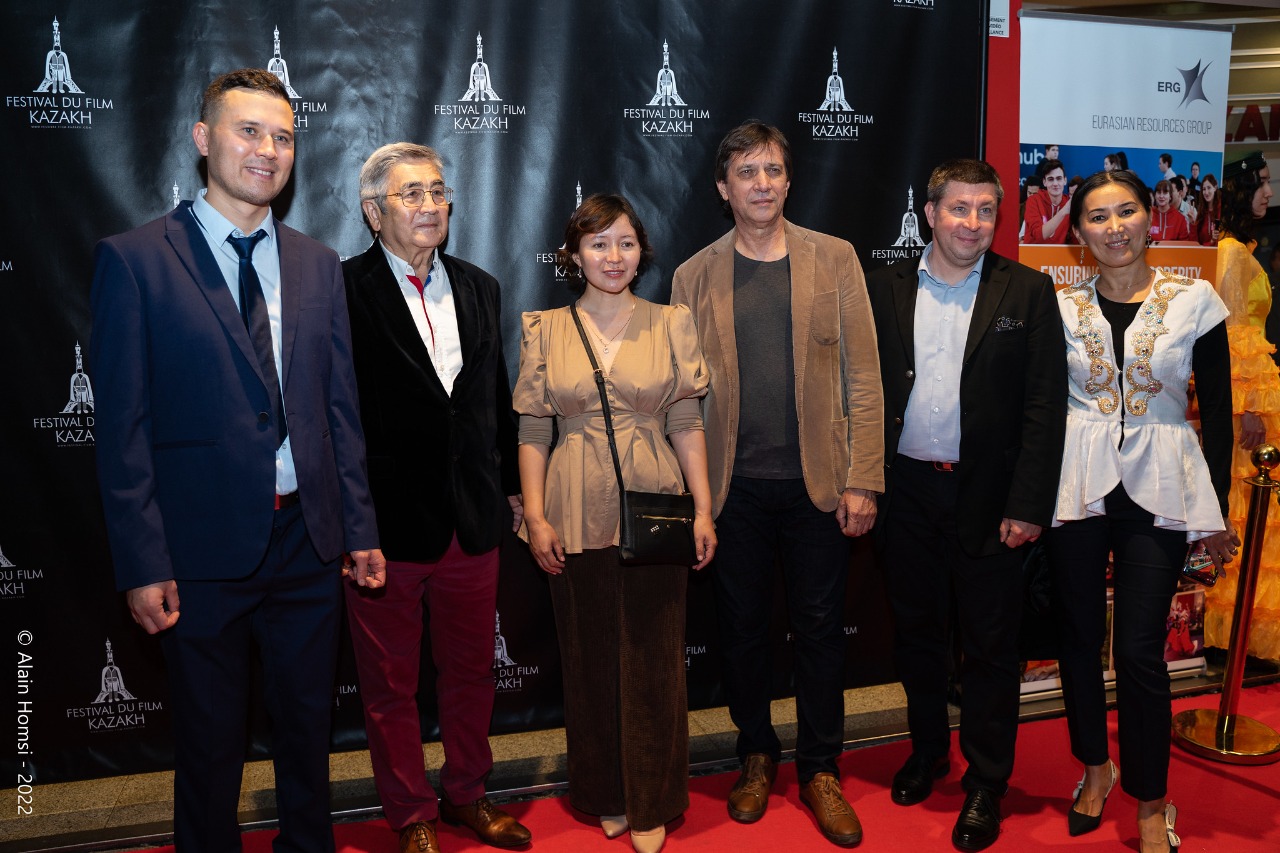 «I am very pleased to receive this award from the hands of the Ambassador of Kazakhstan, because I think that cinematographers are not so high, but still ambassadors of Kazakh culture in France. We try to represent the Kazakh culture through films, - he said. – And I am one of those people who believe that state participation is very important. This is a huge advantage when a country gives money for cinema, including for the author's cinema. There aren't many places in the world where this happens». «I am very pleased that our film was shown in France. Moreover, I am pleased that my production designer and my producer were with me. It was not easy to make a movie, but such moments as participation in the festival give special motivation and strength». 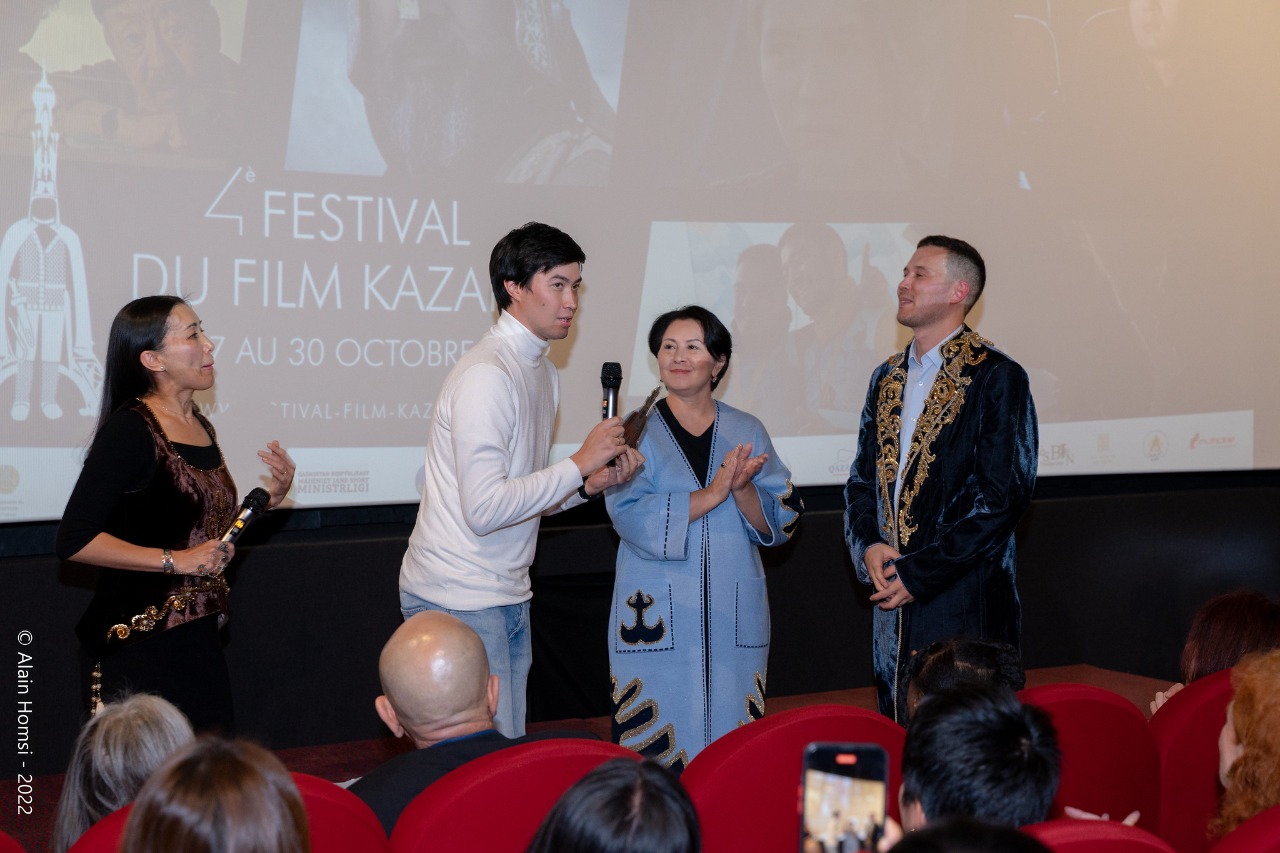 «I would like to express my gratitude to the whole team, as well as to the State center for Support of National Cinema. I hope that in the future our cinema will develop, and we will continue to raise important topics not only for our country, but also for the whole world». 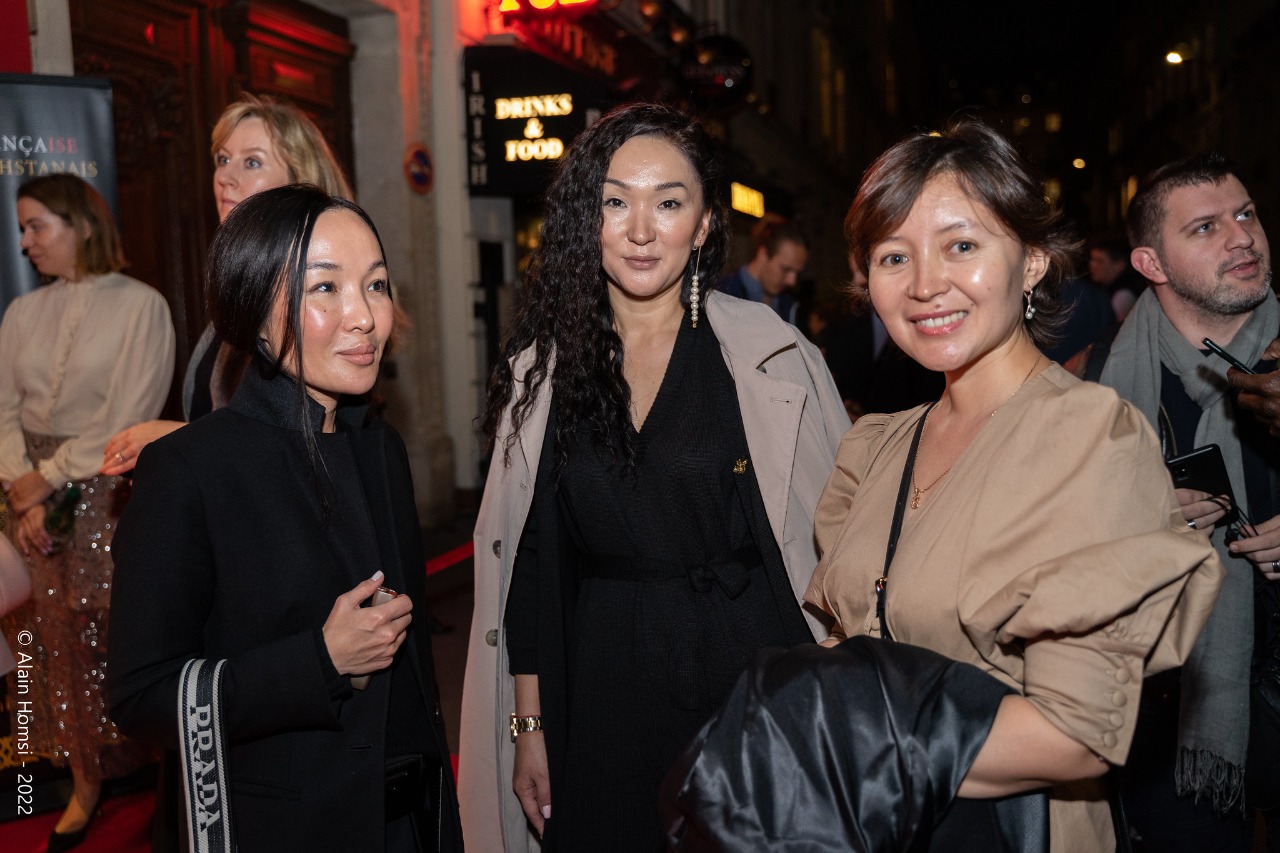 Closing the evening, the Ambassador of the Republic of Kazakhstan to France, Ms. Gulsara Arystankulova, addressed the audience with the following words: 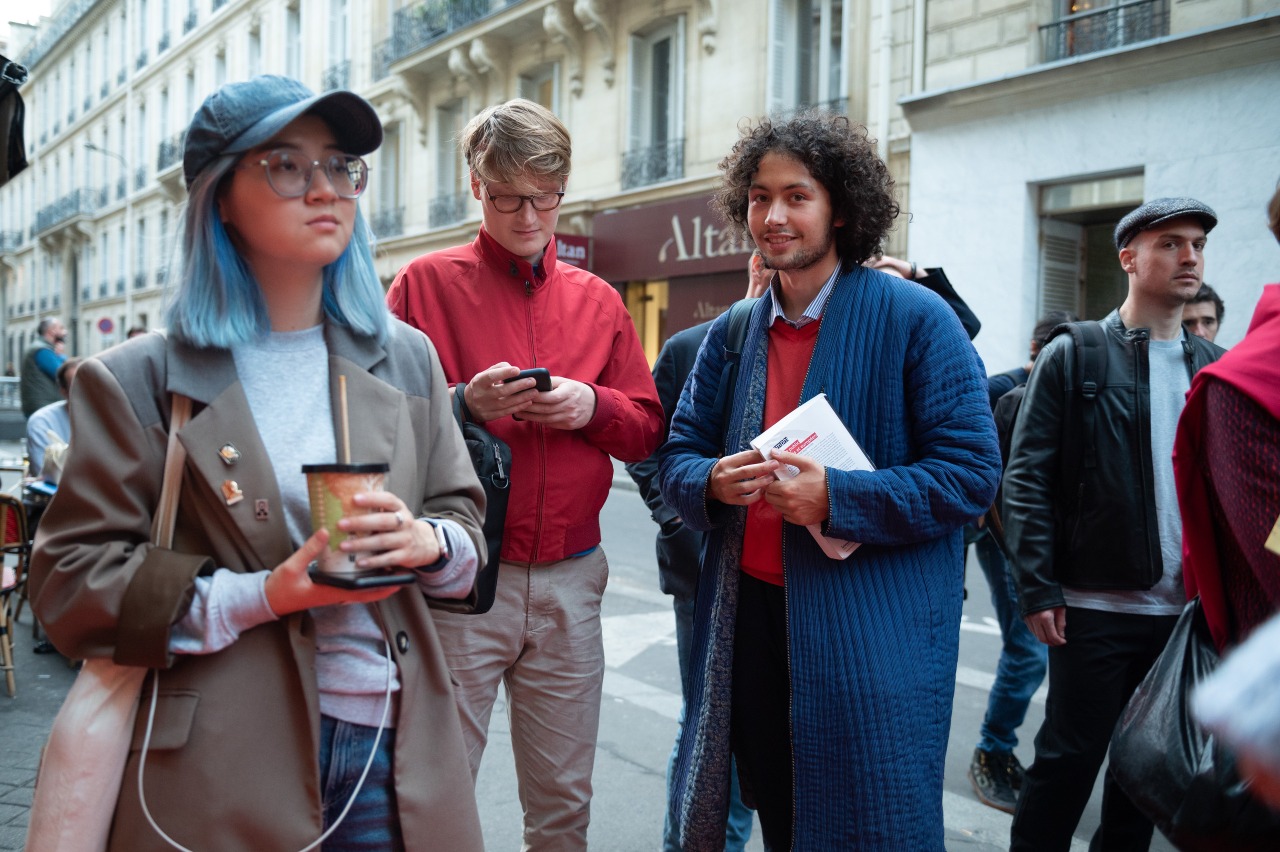 It is also worth noting that this year the Kazakh Film Festival is expanding its borders and will be held in Paris, Strasbourg, Brussels, Luxembourg and Geneva. The festival is timed to the 30th anniversary of the establishment of diplomatic relations between Kazakhstan and France. The organizer of the festival is the French Association of Kazakh Cinema, headed by Mr. Andre Rafael Ivanov.