To Become a Star! 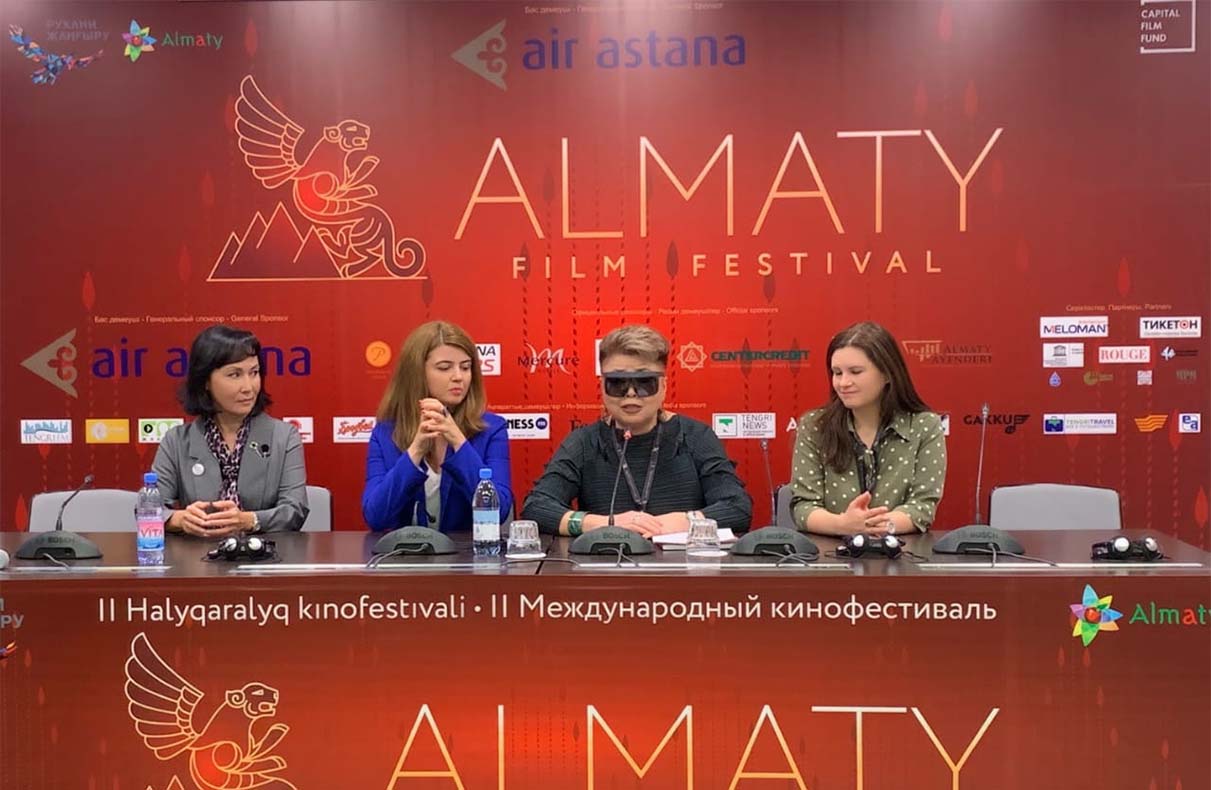 Presentation of Etalents.pro universal platform, uniting all participants of national film industry, took place in Almaty within the framework of Almaty Film Festival. This is a single platform for Kazakh actors, where they can show their talents, and also the place where film directors and screenwriters can find cast in order to establish professional film crew.

Chairman of the Board of the State Center for Support of National Cinema, film producer and screenwriter Gulnara Sarsenova; member of the European Film Academy (EFA), producer Anna Katchko; ideological inspirer of the international online service "KINOLIFT" Elizaveta Shmakova and Honored Artist of Kazakhstan, casting director Zhanna Kuanysheva informed of the new “know-how” of the world of Kazakh cinema.

Etalents.pro is not just an actors’ base, it is a full software web-site with, simple and easy-to-use. People only need to register, fill out an application form, indicate their professional skills, filmography and list of awards, post photo and video portfolio, and the program will automatically form CV of an actor. A total of 8 search systems will offer transparent and accurate search for the right candidate. The service will be available in 10 main word languages. In other words, to create a film team of Kazakh actors, cameramen and film directors thanks to new technologies will now become easier and faster.

“We decided to create this online platform to serve not only as a database of actors but also a place to unite people. So that not only we, here in Kazakhstan, can use it, but also our talents can be seen far beyond the borders of the country” Gulnara Sarsenova said.

Etalents.pro is a very timely innovation for Kazakh cinema. Similar platforms have been created and now are operating in a number of countries and for Kazakhstan - it is an opportunity to help professionals, actors and casting directors to work together. And it is an instrument to raise awareness about Kazakhstan abroad.

“From the point of view of a producer who works a lot outside Kazakhstan, I believe that this platform is an absolutely unique opportunity. People from all over the world are learning more and more about Kazakhstan now. They already know that Kazakhstan has adopted the Law on Cinema, and there will be many interesting changes in the near future”, Anna Katchko said.

The experience of Russian KINOLIFT project was extremely useful for the authors of Etalents.pro. As the ideological inspirer of this platform Elizaveta Shmakova noted, Kazakh film industry is developing so fast, and the establishment of Etalents.pro will save much time and efforts.

Cast professional requirements today include not only to have talents or appearance, but also to possess a number of skills – dancing, singing, speaking foreign languages, and even with this, Kazakh actors are considered to be among the best, Zhanna Kuanysheva said.

“Actor school of Kazakhstan is one of the strongest in the CIS – we keep on being the winners of awards at the world's leading film festivals. The idea of having such platform now has been brought to live thanks to a group of enthusiasts and dedicated people eager to bring Kazakh film industry a high level”.

The inspirers of Etalents.pro project are Laura Ergaliyeva and Nadine Tsoi .