The State Centre for Support of National Cinema represented at the “Cineposium-2019” in St. Petersburg 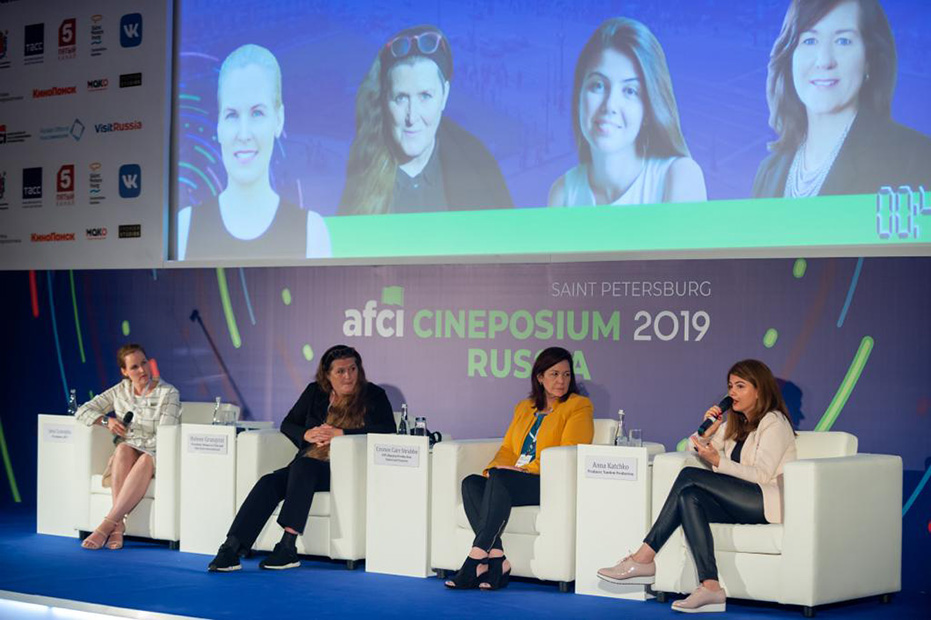 For the first time in Russia, Heads of the world's largest film producers - Netflix, HBO, Universal, Sony PlayStation Productions, Blumhouse Productions, as well as independent producers from the United States, Europe and Asia - met at one place together. And for the first time, a representative of Kazakhstan participated in this prestigious event.

Anna Katchko, General Advisor to the Chairman of the Board of the State Centre for Support of National Cinema of Kazakhstan, took part in the work of Panel Discussion together with Kristen Carr Strubbe, Vice President of Universal Studios, Jess Konoplia, President of the International Association of Film Commissions, and Helen Grankvist, President of the International Association of Women in Cinema and Television. Katchko informed of the work of the Center and film incentives, introduced in Kazakhstan this year.

"I am very glad to be invited to take part in the work of "Cineposium-2019" Panel Discussion. In my opinion, this is the biggest and the most important event uniting leading producers of global film content. Producers of such famous films as "The World of the Jurassic Period", "50 Shades", "Eat, Pray, Love", as well as TV series "Games of Thrones", "Chernobyl", etc. came to St. Petersburg. New Law "On Cinema" adopted in Kazakhstan in 2019, as well as film incentives aroused great interest among international producers. Kazakhstan is a unique hospitable country with diverse landscapes and growing film infrastructure. Today, world producers are actively looking for new locations, and we have much to offer them," Anna Katchko said.

“Cineposium” is a global professional forum for comprehensive discussion of issues related to the development of creative industries, film content production, activities of film commissions, development of film tourism, as well as new forms of interaction with the audience.

ACFI (International Association of Film Commissions) is the official professional organization, which includes more than 300 film commissions from 45 countries from 6 continents.