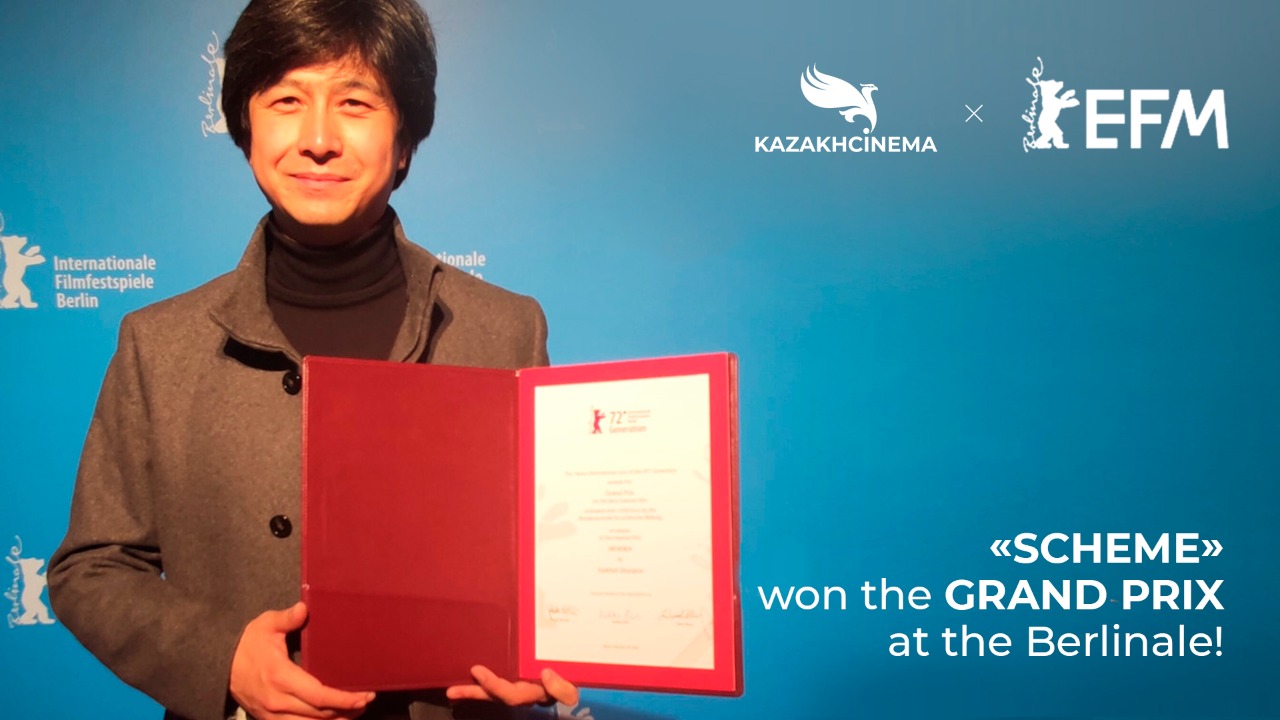 Farhat Sharipov's film was recognized as the best feature film in the Generation 14plus program. This is the second highest award won by our compatriots at the Berlin Film Forum – one of the most prestigious and authoritative in the world..

In total, 52 films were presented in the Generation section by cinematographers from 33 countries. 24 of them competed for the victory in the Generation 14plus category. The competition films were evaluated by an authoritative jury: Italian film critic and producer Paolo Bertolini, British-Australian director, screenwriter Rubika Shah and American animator, comic books author Dash Shaw. By the decision of the jury, two movies were awarded the main prize: the Kazakh “Scheme” and the Belgian “Kind Hearts”. In addition to diplomas, both of them also received cash prizes in the amount of 7,500 euros from the German Federal Agency for Civic Education.

This year, Kazakhstani films “Poet” by Darezhan Omirbayev (the prize for best director at the Tokyo International Film Festival) and “Happiness” by Askar Uzabayev also took part in the Berlinale. “Akyn” and “Scheme” were filmed with the assistance of the State Center for Support of National Cinema and by order of the Ministry of Culture and Sports of the Republic of Kazakhstan. It is also noteworthy that the film “Akyn” was selected from the entire festival program for analysis and discussion in two BerlinaleTalents workshops.

Since Kazakhstan is represented on such a large scale at the Berlin Festival for the first time in history, a kind of BerlinalePalast branch was arranged in the Almaty “Cinema” bar. Members of the film crews of the contestants, their friends, cinematographers and just movie fans gathered at an event specially organized for this occasion to cheer for our cinematographers together. The hosts of the evening even held a direct communication session with Berlin for their guests, where the audience could wish good luck to the nominees. 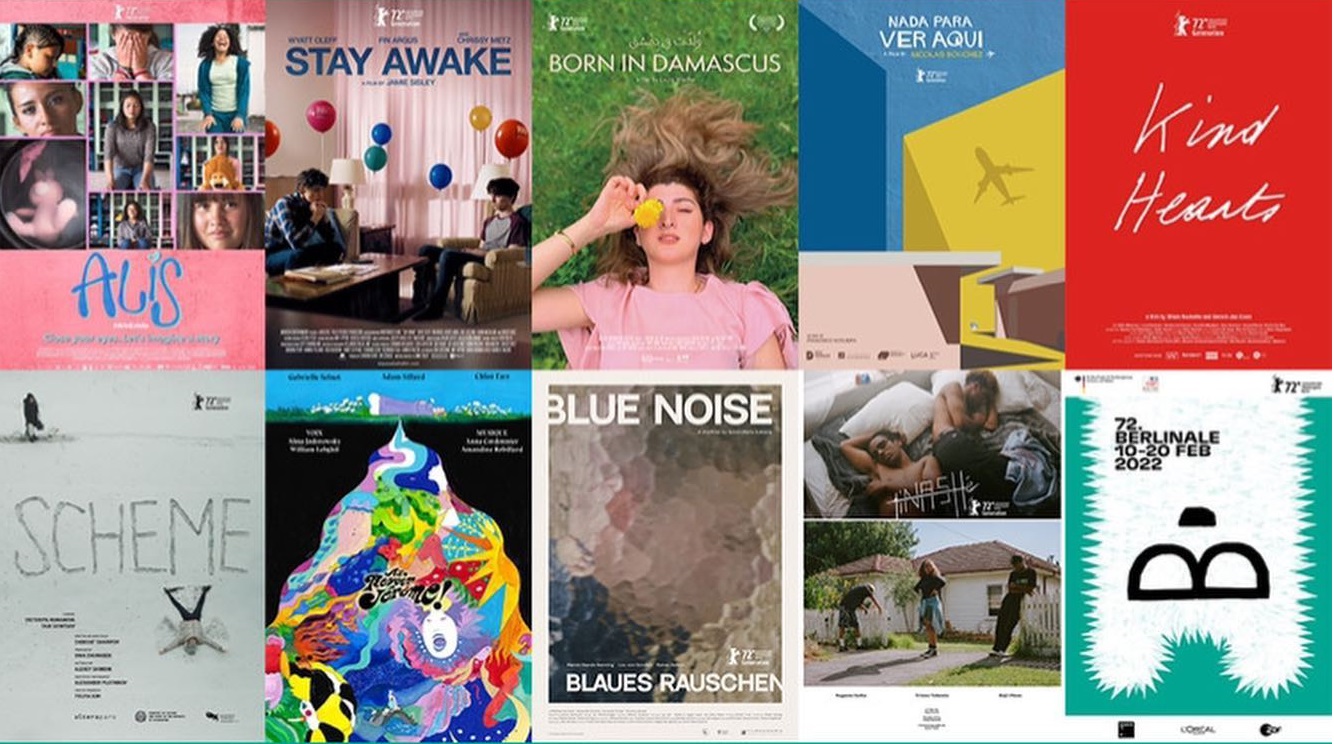 Addressing the guests of the evening, Adai Abeldinov, the general producer of the Kazakhcinema, noted that, according to the latest information from Berlin, there is already a demand for our films in Europe: “I think this is a good trend. We hope that Kazakh cinema will gain new positions in the world cinema every year”.

We join these wishes and, on behalf of all the employees of the Kazakhcinema, congratulate our cinematographers on their well-deserved success!

We need to remain that the film “Alcarras” by Spanish director Carla Simon received the Golden Bear in the main program of the festival. The Grand Prix was awarded to the film “The Writer's Film” by South Korean director Hong Sang-Su, and the Jury prize was awarded to the Mexican film “Robe of Gems” by Natalia Lopez Gayardo. The Silver Bear for the best script was awarded to Laila Stiller for the film “Rabiye Kurnaz gegen George W. Bush” by German director Andreas Drezen. Meltem Kaptan, who played in this film, was awarded the Silver Bear for the best role. The award for best director was received by Claire Denis, who presented the film “Both sides of the Blade” with Juliette Binoche in the title role. The best supporting actress was Laura Bazuki for her role in the Indonesian drama “Before, Now and Then”. The movie “A Piece of Sky” by Michael Koch was awarded a special mention by the jury. And the French actress Isabelle Huppert was awarded an honorary award “For contribution to the development of cinematography”. 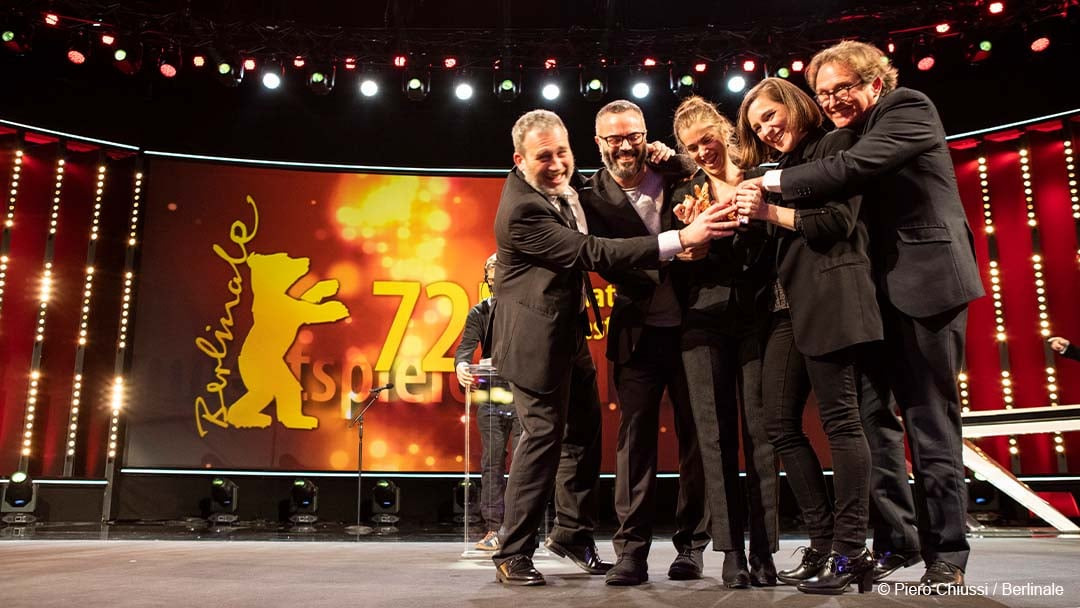