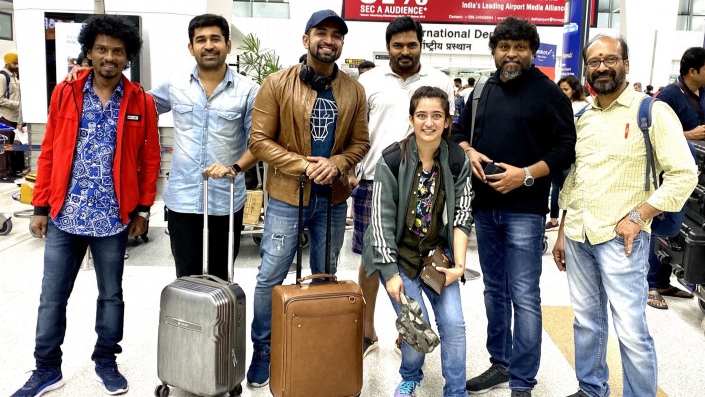 “We are happy that we decided to get the shoot to Almaty. I realized that we can save time, money and get even the better product than in Europe”, Navin Mohammed Ali, an Indian filmmaker, says.

As we know, today Kazakhstan is open for foreign film production. The Cinema Law introduces a concept of "rebate", that is partial reimbursement of the funds spent by foreign companies in Kazakhstan (up to 30%). This approach is of great importance since the great majority of countries all over the world have used this system for a long time. According to the Akim of Almaty, the Southern capital is a comfortable city for shooting and film production. Five climatic zones, stunning landscapes and well-developed infrastructure offer good possibilities for making films of any types, from history to fantasy. “Today, many studios from different countries come to Almaty and the Almaty region to shoot world-famous videos, ad spots and documentaries,” B. Sagintayev said at the Almaty Investment Forum. 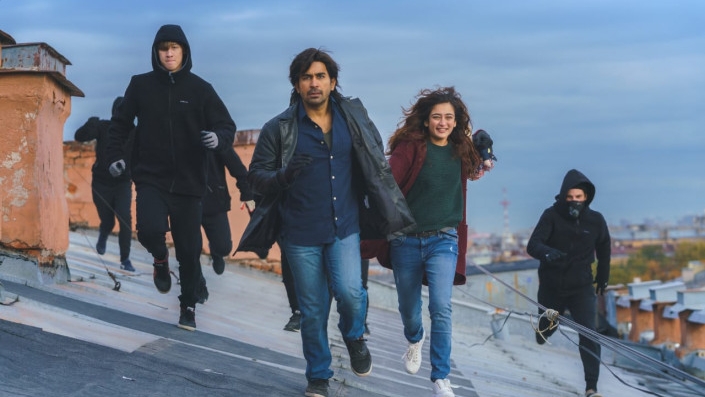 And now, to support the above opinion, we present a story of Naveen Mohammed Ali, an Indian filmmaker, who re-wrote a scenario of “Fire Wings” owing to his love to Almaty. This remarkable story was told by the filmmaker to a TengriMIX correspondent.

A film crew of 30 specialists and movie stars have been travelling to Almaty and back for the two months now. The film they are producing is a thriller with action movie elements. It tells a story of a 22-year-old girl who goes to Kazakhstan to search for a family heirloom.

According to Navin Mohammed Ali, the scenario has changed a lot. Initially, the story was supposed to be filmed in Europe and Turkey, but due to expensive prices for exterior shooting, the film budget had to be cut. It was one of the Navin’s friends who helped in that situation. He told Navin about Kazakhstan and that many of their colleagues had already chosen that Central Asian country for production. Furthermore, Navin was advised to take a closer look at Kazakh stuntmen. The producer admitted that before that moment he had never heard of our country. It took him much time to choose between Nur-Sultan and Almaty. When he saw the Almaty mountains, the Shymbulak, the Big Almaty Lake and the Charyn Canyon, he understood that he had found the best locations for his film:

“I have no words to express the beauty of Almaty, your nature, snowy mountains, sand deserts, a picturesque canyon which is as good as the American Grand Canyon, and many other beautiful places. Moreover, the city is right-on. We are happy that we decided to get the shoot to Almaty. I realized that we can save time, money and get even the better product than in Europe. 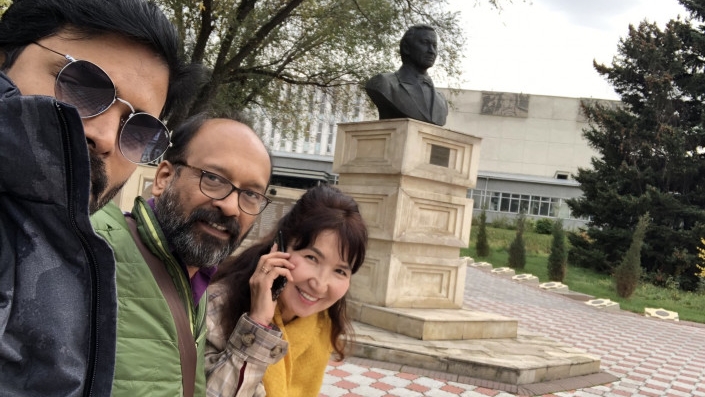 I'd like to note that we did not have any problems to get permission from local authorities. We were filming the subway for almost a week. They provided us with a suitable location at no cost and, even more, gave their support for crown scenes and security services. That had never happened before in my practice.

We have plans to shoot in the State Academy Theatre of Opera and Ballet and, of course, the Shymbulak and the Charyn Canyon. The local nature is amazing; the film crew really admires it. We are from the south of India, the city of Chennai, it never snows there. It was the day of our arrival to Almaty, when we saw the mountains covered with snow, and we thought that we were in paradise. The local people are nice and friendly; the food is delicious", the producer tells. 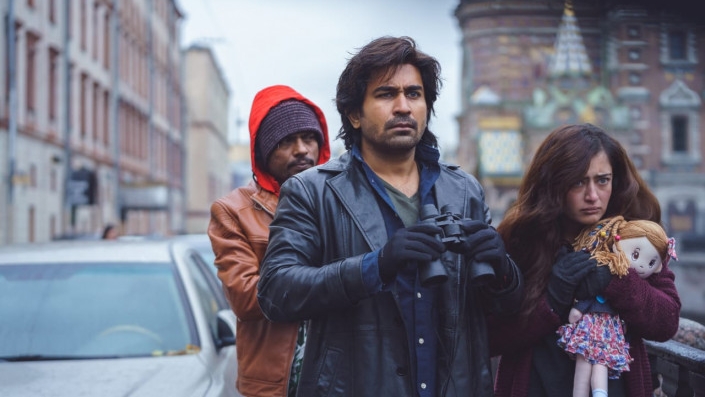 He says that Almaty is the best motion-picture set: one side is the mountains and the other, the Canyon. "I am sure that after the film release, Kazakhstan will become a point of attraction for Indian investors and tourists."

As a result, the producer had completely changed the scenario and got the shooting to Russia and Kazakhstan: "The Kazakh part appeared in the script. According to the plot, the mother of the female lead is a Kazakh woman. The father is an Indian politician. The storyline starts in Kazakhstan and ends there as well. It’s out intention to engage some Kazakh actors. Now we are looking for actresses who will do characters of the mother of the lead character and the female lead as a child".