The team of the State Center for the Support of National Cinema completed the comprehensive work at the 70th Berlin International Film Festival. One of the main achievements of the multi-day negotiations with partners from different countries in the framework of the film festival, which was preceded by the great work of the entire Cinema Center, was the entry of the SCSNC into the International Association of Film Commissions (AFCI).

The International Association of Film Commission is a worldwide network of more than 360 commissions from 40 countries. AFCI represents professional film commissions, as well as their offices and employees, sets standards, offers training, business and marketing opportunities for the implementation of film projects around the world.

In fact, this is one of the few organizations that has access to the world’s most respected filmmakers. AFCI headquartered is in Los Angeles (USA).

AFCI holds two landmark events on an annual basis. This is a symposium of the International Association of Film Commissions. Last year St. Petersburg won the right to host this meeting. Anna Kachko, chief adviser to the chairman of the board of the State Center for the Support of National Cinema, became one of the participants and speakers of the September meeting of AFCI. She took part in a panel discussion with Vice President of Universal Studios Kristen Carr Strubbe, President of the International Film Commission Association Jess Konoplia and President of the International Association of “Women in Cinema and television” Helene Granqvist. Anna Kachko spoke about the work of the Cinema Center and the new rebate system (the refund of the part spent by foreign film companies in Kazakhstan), introduced in the Republic of Kazakhstan in 2019. Another large-scale event in the life of AFCI is the Week of Film Commission Representatives in Los Angeles, where, as a rule, the largest Hollywood studios participate. 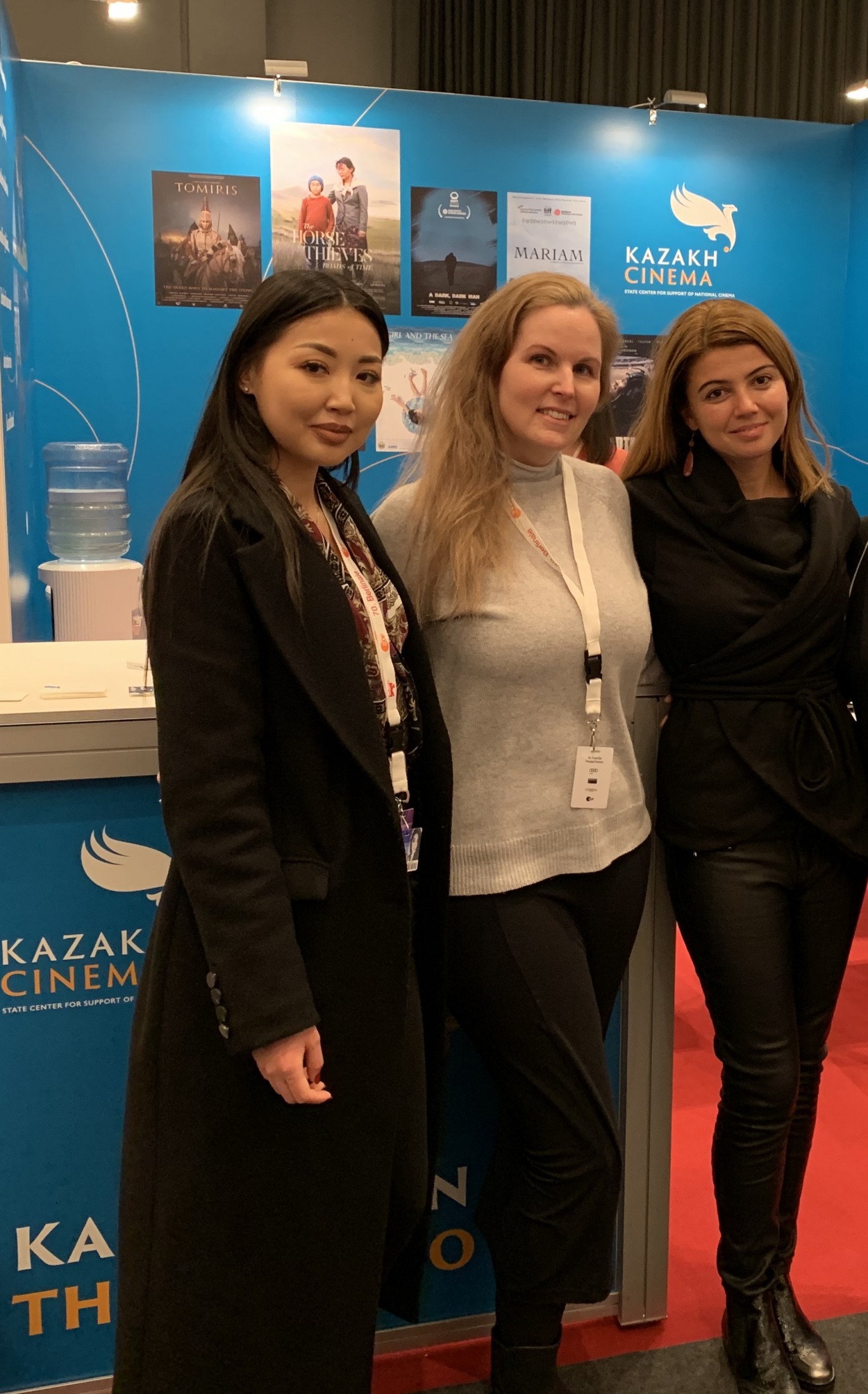 Along with the AFCI joining, KazakhCinema began its work on joining the European Film Commission Association (EUFCN). An agreement on this issue was also reached at the Berlinale after negotiations with the president of this organization, Truls Contney.

What provides membership in AFCI to Kazakhstan?

Joining the AFCI will help Kazakhstan position itself on the world map of the film industry as a country which has everything required for filming any large film projects. For example: Georgia was the first country in the post-Soviet space that created the film commission. The result of the long work of this organization was the shooting of the ninth series of the popular movie franchise “The Fast and the Furious” on the central streets of Tbilisi city.

So, it is likely that in the coming years we will be able to see the greatest stars of Hollywood blockbusters in our native expanses.

Establishment of the national film commission

Today, as part of the activities of the State Center for the Support of National Cinema, preparations are underway for the implementation of international film projects in Kazakhstan. Partnership negotiations are being held with film companies in China, Russia, France, India, New Zealand and the United States.

And in this regard, it is especially important that the work of the National Film Commission is launched at the Cinema Center. This will facilitate effective filming of not only domestic but also foreign film projects and will attract foreign investment in the economy of Kazakhstan.

The work of the film commission is based on the development of international film production, the promotion of Kazakhstan and certain regions of the republic as a film platforms, and the coordination of the work of regional film commissions.

Five basic areas have already been identified for the establishment of regional film commissions, including Almaty, Mangistau, East Kazakhstan, Turkestan and Akmola oblasts. Subject to the growing interest from foreign film companies to our country, the Akimat (Mayor’s office) of Almaty announced the creation of the first regional structure in 2020 - the Almaty Film Commission. This structure under the principle of “one window” will facilitate foreign and domestic film companies in the organization of filming both in Almaty and throughout the region.