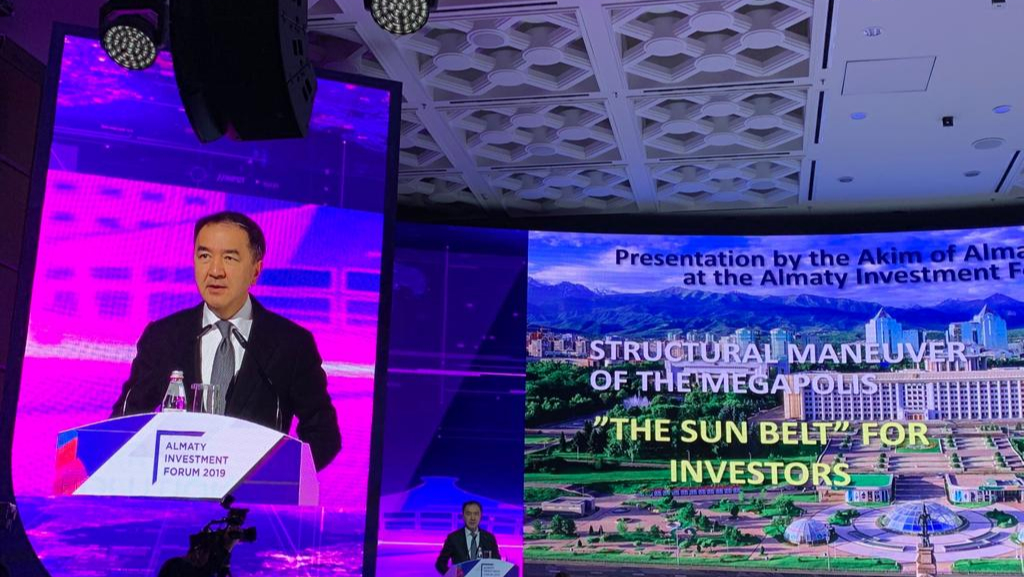 Today, the development of the Kazakhstani cinema sector as an efficient instrument for the attraction of investors to Almaty has been discussed at Almaty Investment Forum, being the annual forum, in which proceedings the representatives of the State Centre for Support of the National Cinema have participated.

This year the forum has been attended by over 500 participants such as senior officials of the large world and Kazakhstani companies, ministries, financial institutions and the representatives of international organizations. Perhaps, the subject of cinema production as a significant layer in the national economy, which development would impulse the formation of the favourable investment climate in the country, has been raised for the first time in many years. 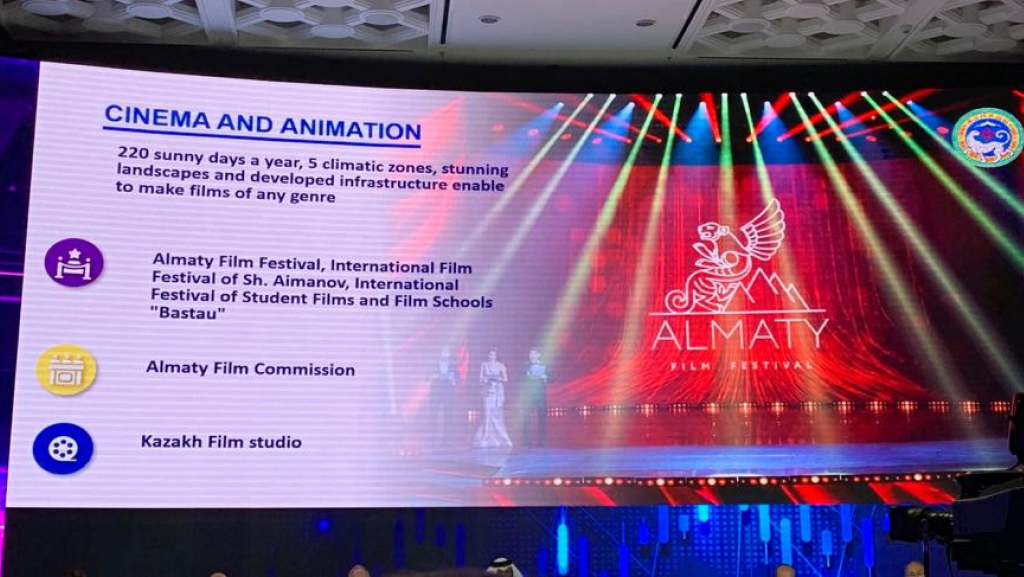 Akim of Almaty city Bakytzhan Sagintayev has announced the creation of a new structure that would support the foreign and domestic film companies in the film production. According to the Akim, Almaty is a favourable city for the filming and production. The sunny weather is peculiar to the city on average 220 days a year. Five climatic zones, the magnificent landscapes and the developed infrastructure allow shooting films of any genre ranging from historical to fantasy. ‘Even today Almaty and Almaty area are visited by the studios from the different countries to shoot the worldwide popular music videos, commercials and documentary films. The special body such as Almaty Film Commission will be established with the Akim’s Office of the city to create all necessary conditions. This one stop structure will facilitate the foreign and domestic film companies in the filming arrangement both in Almaty and our region’, Bakytzhan Sagintayev reported within the framework of Almaty Investment Forum.

Later, owing to the close cooperation between the cinema business, education and state, it will be possible to invest heavily in the development of the domestic cinema sector, while having made Almaty the filming location for the world cinema. ‘This will not only promote our city’s image, but also have a multiple effect on the tourism development, as well as small and medium business. I would like to especially dwell on the issue of animation production. Almaty Animation School succeeded yet in the Soviet times. Nowadays, there are not much animation studios and this hold a great potential for investments. I’m sure that our animators have huge potential, which may be and should be delivered on’, Bakytzhan Sagintayev noted.

However, the prospects for bringing the cinema to the top of the investment-attractive sectors are evident. Today, 45% of different cultural industries are centred on Almaty only. The southern capital bears a status of Kazakhstan’s cultural capital honourably.

The State Centre for Support of the National Cinema is engaged in the proactive activities on formation of the quality, competitive cinema market. In addition to the financial support to the cinema projects, the Cinema Centre sets a goal to improve the educational level of filmmakers, ensure them going global, and attract the foreign film producers to the country by the introduced rebates.

‘Today, Kazakhstan is open for the foreign film production. The Cinema Law introduced the term ‘rebate’, i.e. the reimbursement of the foreign companies for the part of funds spent within the territory of Kazakhstan (the figure varies up to 30 %). It is important since the whole world has been following this system for a long time. And we too have come to it. Moreover, for Kazakhstan it is not only investment, but also a new level of tourism development. Since our nature is unique. Where could you find such picturesque mountains or lakes with huge mast pines striking your imagination, singing barchans, the Charyn Canyon, which is more splendid than the American Grand Canyon?’, the Chairman of the Board of the State Centre for Support of the National CinemaGulnara Sarsenova noted.