Information about film projects that have passed a competitive selection and received state financial support.

A special portal for participants of the SCSNC pitching, which provides for the registration of a personal account that allows you to fill out an application and attach all the necessary documents in electronic format.

Aggregator of opinions, ideas and wishes for the development of Kazakh cinema. Here you can leave your comments, suggestions and other important information that will help to understand, discuss and find solutions to current problems and challenges in supporting the national cinema.

Born in 1955 in Almaty. In 1979, he graduated the Faculty of History of Kazakh State University named by S.M. Kirov. He took part in the organization of major international events, public events and art forums. Over the years, he was the general director of the production company «ART-Center», producer and presenter of the retro-festival «Almaty – my first love», was at the origin of the creation of the international music festival «Asia Dauysy». Was a member of the Board of Trustees of the project «Asyl mura», thanks to which it was possible to restore more than one and a half thousand archival records with works of great Kazakh composers. 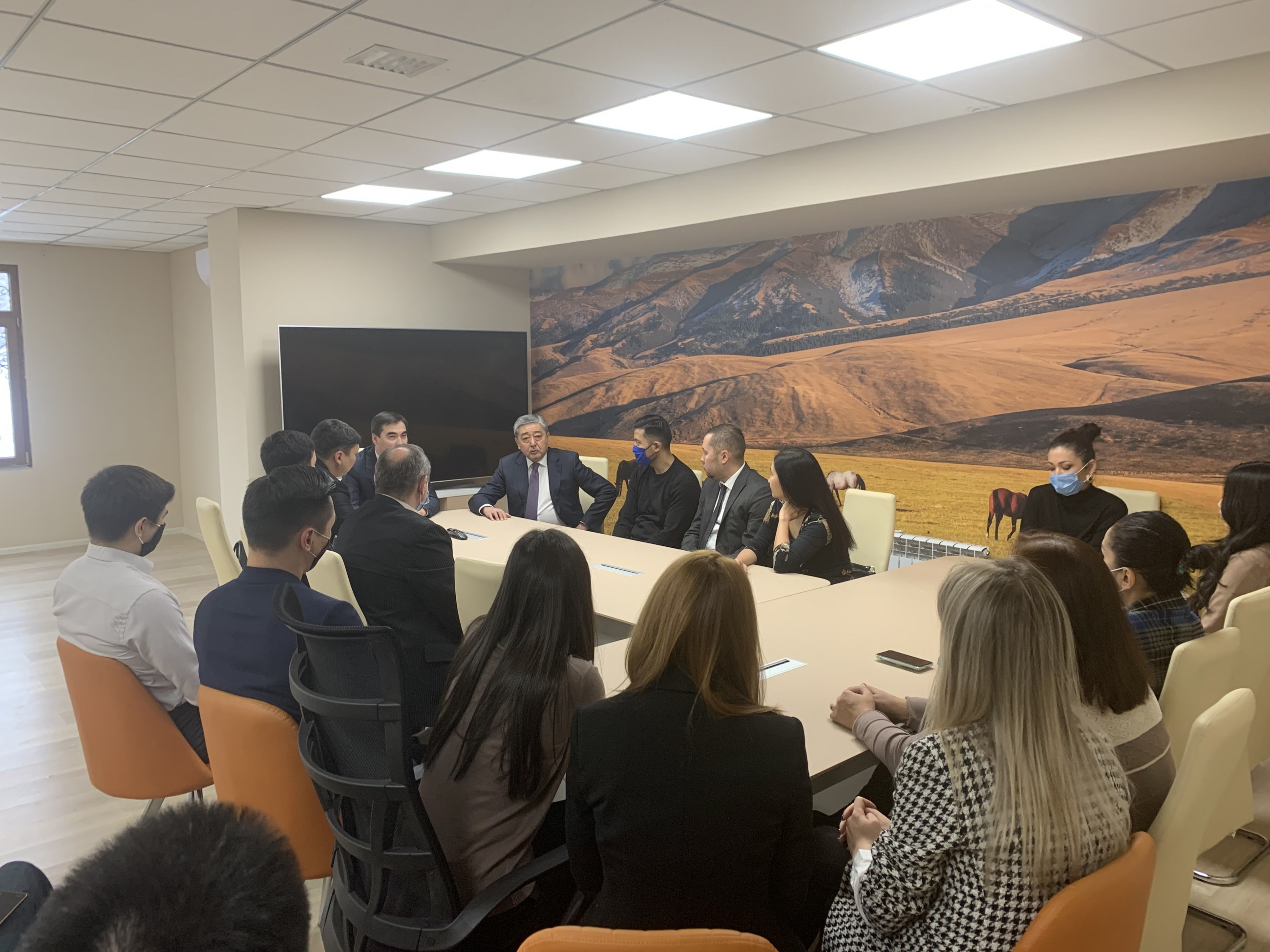 For several years he headed cultural and social institutions. He has experience as head of commercial and financial structures. He worked as a Deputy General Director of The Fund of cultural, social and science-technological development of Kazakhstan, Vice President of The Bobek Children’s Charity Foundation, and President of the public fund «Kazenergy». He was the Chairman of the Board of «Altyn-Alma» JSC, member of the board of the National Economic Chamber of Kazakhstan «Soyuz «Atameken».

Yessetzhan Muratovich participated in the formation and development of domestic media structures, film and television. Headed the Board of Directors of the «Rauan Media Group» company. In 1998, he became General Director of the first international film festival «Eurasia», the largest film forum in the Central Asia. He is a member of the Eurasian television Academy (Moscow). In 2001, he was appointed Chairman of the Board of «Republican Corporation «Television and radio of Kazakhstan» JSC – the leading media corporation in Kazakhstan. In the creative biography of Y. Kossubayev there is also a personal acting experience, including the performance of the main role in the film of the famous Soviet Director Yuri Chulyukin «I v shutku, i vser'yoz...» (1963). Currently, he is an independent director and a member of the Board of Directors of the largest film studio in the country – «Kazakhfilm» JSC named after Shaken Aimanov.

Awarded the orders «Kurmet», «Dostyk» 2 degrees, «Duty and honor» of the Russian Committee of Chernobyl veterans, as well as numerous medals and honorary signs, including the Sign of the Komsomol «Trudovaya Doblest», Honorary badge «Тhe Participant of liquidation of consequences of the Chernobyl accident», the medal «Shapagat», «10 years Independence of Kazakhstan», «20 years of the Constitution of the Republic of Kazakhstan» and others. He has a number of letters of thanks from the President of the Republic of Kazakhstan.