About the activities of the Сompliance service of the Kazakhcinema 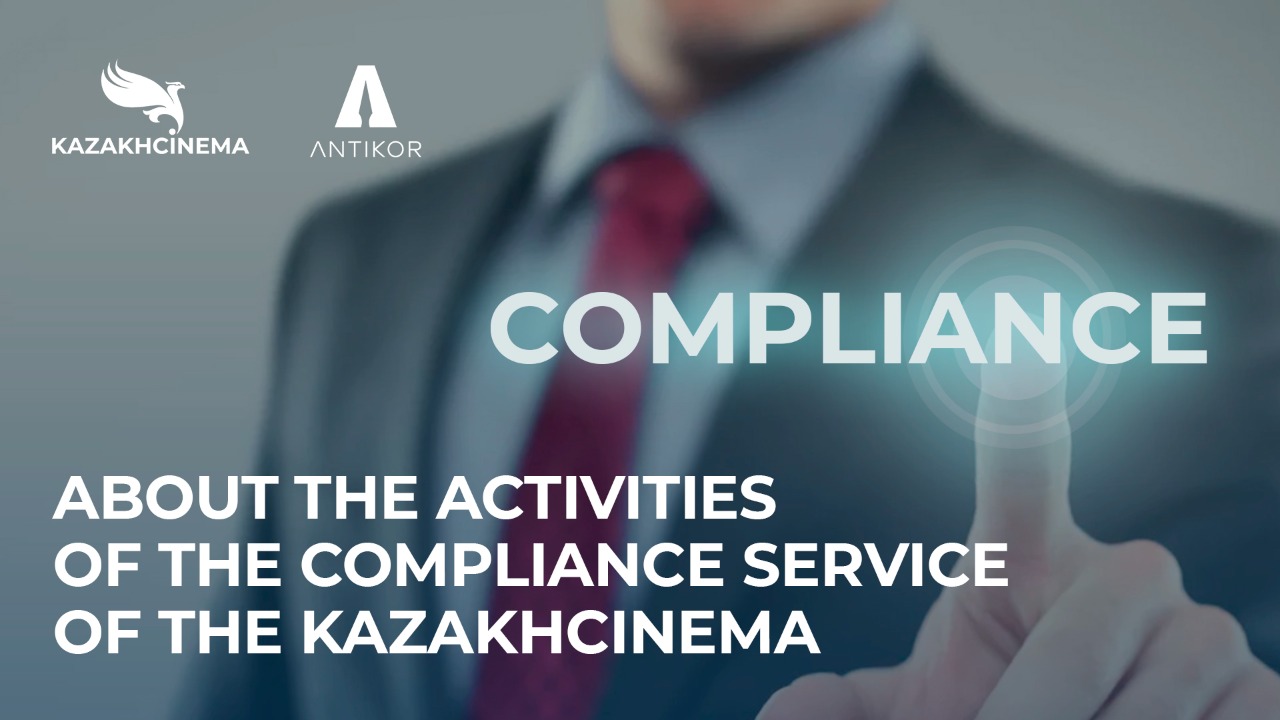 Corruption is a complex and multifaceted problem, the counteraction of which should be carried out in a comprehensive and coordinated manner. In early September, the President of the Republic of Kazakhstan, Kassym-Jomart Tokayev, in his annual Address to the people of Kazakhstan, again stressed the need to continue the effective fight against corruption and instructed the relevant agencies to submit for approval a strategic document defining the action program for the medium term by the end of the year.

It should be noted that the Anti-Corruption Agency is carrying out large-scale work in this direction, in cooperation with the executive bodies, comprehensive measures are being taken. In particular, in all regions of the republic, together with the akimats, regional anti-corruption project offices have been created under the single brand “Adaldyq alany”, which have become a kind of bridge uniting the efforts of the state and society.

According to the President, anti-corruption transformation and integrity in the conduct of business should become an unshakable standard for everyone. This is also stated in the Law of the Republic of Kazakhstan, signed by the Head of State at the end of last year “On amendments and additions to some legislative acts of the Republic of Kazakhstan on combating corruption”. According to this document, structural units performing the functions of anti-corruption compliance services should be defined in the subjects of the quasi-public sector, the practice of which is widely developed in the corporate sector at the international level.

What are compliance services?

Thus, anti-corruption compliance services are practically the Agency's local commissioners who interact with all categories of regulatory and supervisory bodies, ensuring the successful implementation of a multi-level anti-corruption system.

How are things going at the Kazakhcinema?

The State Center for the Support of National Cinema is a quasi-public sector entity whose mission is to implement the State's policy in the field of cinematography and create conditions for the development of the domestic film industry.

One of the activities of the Kazakhcinema is the financing of film projects that claim to be recognized as national films. Therefore, from the first day of its existence, the Kazakhcinema has set a course to create a new panorama of the development of the domestic film industry, which is based on openness and transparency, which consists in holding open pitching competitions for the recognition of films as national, and for their subsequent nomination for State funding. Today, the decision on State financing of films is made on the basis of the conclusion of the Expert Council and the recommendations of the Interdepartmental Commission. With the advent of the Kazakhcinema, the system of budgeting films has changed. The priorities of the Kazakhcinema are based on the support of not only rental leaders and honored filmmakers, but also the development of such areas as the debut, animation and author's films.

In this regard, in order to prevent the recurrence of corruption offenses and improve preventive work on combating corruption, a “Working group on the development of anti-corruption measures” was established by the order of the Chairman of the Board  Yessetzhan Kossubayev in March of this year. The main tasks of the group are to develop internal documents on combating corruption, conduct anti-corruption monitoring and identify corruption risks in the organization's activities, conduct explanatory work in the team, identify and resolve conflicts of interest, develop corporate ethical values.

In order to apply the best practices of corporate governance, the compliance control function has been introduced and is being implemented in the Kazakhcinema, the purpose of which is to manage compliance risks. The implementation of this work is entrusted to the Compliance Service, consisting of the head and the chief compliance controller, whose competence includes the implementation of internal control over the compliance of the activities of the Kazakhcinema with the requirements of the legislation of the Republic of Kazakhstan, including regulatory legal acts of the authorized body, as well as internal rules and procedures of the company. The Compliance Service is also responsible for the organization and functioning of the anti-fraud and corruption system.

- Today, the main tool for ensuring corporate integrity and eliminating corruption in the world is the effective operation of independent compliance services within the framework of risk management and internal control, - Marat Kamzoldaev, Head of the Compliance service of the Kazakhcinema, noted. One of the main tasks of Compliance services specialists is to prevent corruption and protect the business reputation of the organization. At the same time, prevention is the most important priority. And compliance with corporate standards in quasi-public sector organizations should become one of the priorities of the Heads of these organizations.

We ask you to send an e-mail about all the facts of corruption and fraud among the officials and staff of the Kazakhcinema, violations on their part of the norms of the legislation of the Republic of Kazakhstan, including regulatory, legal acts of authorized state bodies, internal regulatory documents of the company - adaldyqalany@kazakhcinema.kz. The confidentiality of the request is guaranteed. In the near future, it is also planned to create a “hotline” through which it will be possible to contact with the facts of possible corruption manifestations. A special section will be opened on the official website of the Kazakhcinema, where all the necessary information will be available.

- All these measures are aimed, first of all, at forming an anti - corruption culture and creating a favorable environment for promoting the values of integrity, - said Yessetzhan Kossubayev, Chairman of the Board of the Kazakhcinema. We are confident that the Compliance service of the State Center for the Support of National Cinema will be effective as a tool for preventing corrupt actions within the organization.